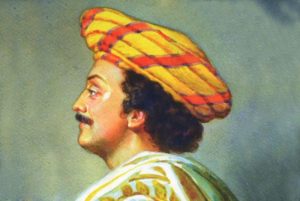 The phrase Brahmo Samaj literally means the society of the worshippers of the One True God. Brahmo means one who worships Brahma, or the Supreme Spirit of the universe, and Samaj means a community of men. The Brahmo Samaj, therefore, represents a body of men who are struggling, to establish the worship of the Supreme Being in spirit as opposed to the prevailing idolatry. The movement was started on the 20th August, 1828, by Raja Rammohun Roy and his friends by opening a place for public worship on the Chitpore Road in Calcutta, and was duly and publicly inaugurated in January, 1830, by the consecration of the first house of prayer, now known as Adi Brahmo Samaj.

…The History of Brahmo Samaj by Sivanath Sastri